An opportunity for young footballers to get UEFA certified grassroot training

Invest in your passion. Get professionally trained

It’s as important as working hard

Freshen Up, Have your meal and Wing Down

Evaluation & Analysis report after the camp

Opportunity to get admission at Eric Benny Football School 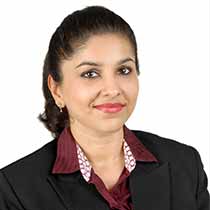 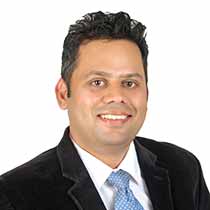 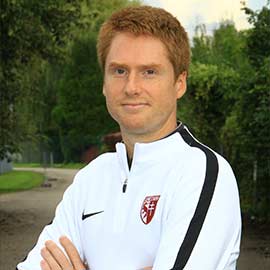 Nutritious and well balanced meals even for picky eaters. We prepare our meals home - style to make the students feel they are at their home away from home.

Safety of our students is of utmost importance. We provide 24 hours security to our students and have also installed CCTV cameras for 24 hours surveillance in the hostel campus.

Our football training curriculum is designed as per international standards to give the students an exposure to professional football training. We will closely work on their weaknesses and guide them to improve their game.

Respect for your team is one quality every football player must have and to bring out this quality in the team, a good leader is important. We will conduct sessions to build on these aspects of the game.

Our team members are sensitive to both the physical and emotional well-being of the students. We aim to support them and extend our care wherever they face a hurdle to adapt to the environment.

Players who are playing in Germany

The above Indian Players were scouted for our Europe Short term programme held in summer. Click here to know more

What will you learn?

EBSM aims to build an educated race of personalities by providing young Indian footballers with international, cultural exposure and experience in football training along with schooling with an intensive foreign language course.

Our son Kaushik started playing football from the age of 7. EBSM and DFI, found the potential and talent in him and gave him the opportunity to pursue his dream of becoming a professional football player. When he was selected to attend a short-term program at DFI, Germany during the trials held by EBSM in India, like most parents we were confused and apprehensive to send him for the program. As a mother I was worried as to how Kaushik at 14 years would manage for 2 months, on his own so far away from home.

However, Eric and his team gave us the confidence and assured us that Kaushik will become very independent and mentally strong. Under Eric’s advice, guidance, supervision and training, Kaushik has been molded into a calm, confident, independent, open, organized and matured personality.

Currently he is in EBSM’s long term program in DFI, Germany and we are very happy that Kaushik has got an opportunity to train in a European football academy.

It’s safe, healthy and a perfect environment for boys to train without any distractions of a city life.

This platform has provided our son, Josh with just the right opportunity to fulfil his aspirations with professional Football. The entire team in general and Mr Eric Benny, in particular, is extremely passionate about professional scouting, training and career development of young, budding players. We feel confident in handing over the responsibility of future mentoring & training of our son Josh to Eric Benny & Team in association with DFI Germany. Our sincere compliments and best wishes to the entire team.

Right from the beginning of the trials till the end of the month long training at DFI – Germany, EBSM guided us at each step and helped us with all our apprehensions about visa, accommodation, etc. We accompanied our 9 – year old child to DFI and what an experience it was! As promised by EBSM, children went through the same training calendar and weekend excursions. The training facilities along with the private sports school are located at a walk able distance so that the child doesn’t waste much time in travelling and can utilize the same in training and studying both. Overall we are impressed with the experience and have decided to continue our engagement with EBSM for the long -term program as well. EBSM definitely knows how to live up to their promises. All the best to EBSM and Team.

We got in touch with Eric Benny Sports Management through Facebook

Invest in your passion. Get professionally trained.

Please fill out the enquiry form with your requirements.

We look forward to hear from you!